In 2022, our chess players would have more opportunities to play in Grand Prix Tournament. This series of tournaments will be held weekly throughout the winter season and spring season.

It is another excellent opportunity for SCA members from all levels to practice chess regularly in a professional tournament environment.

Tournaments will be held on weekly basis, player could collect Grand Prix points to qualify for the Grand Final Tournament. 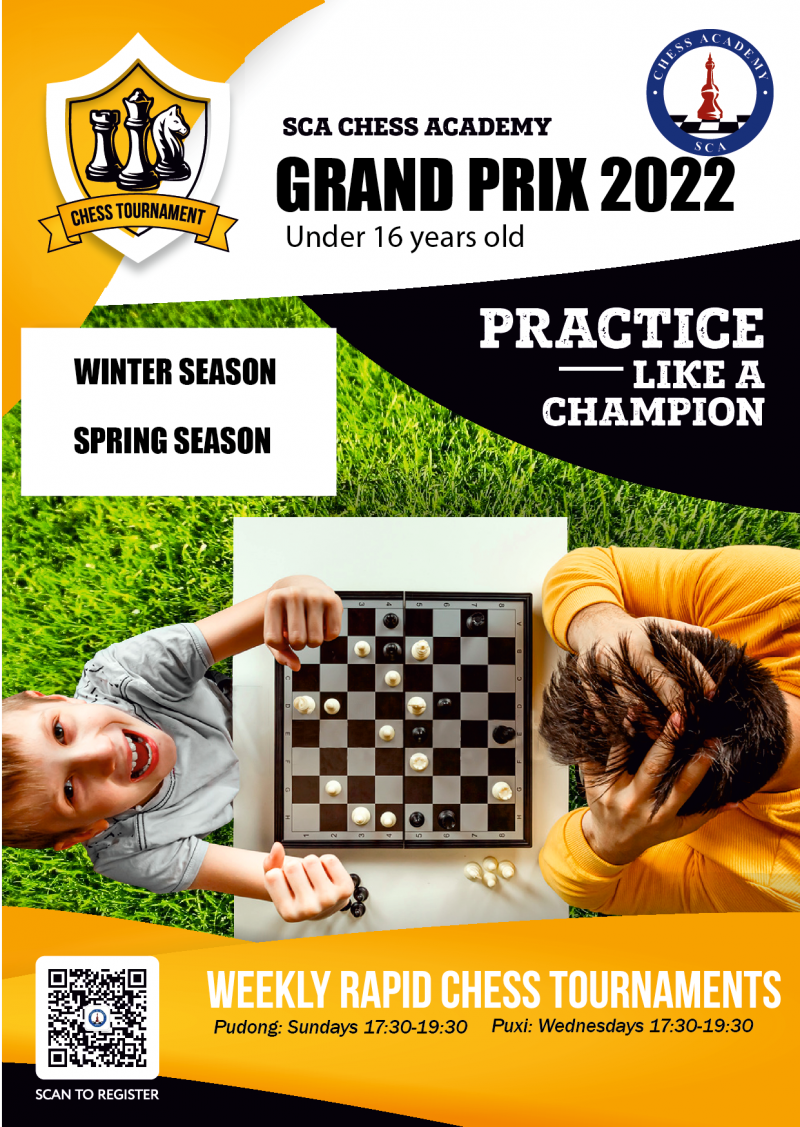