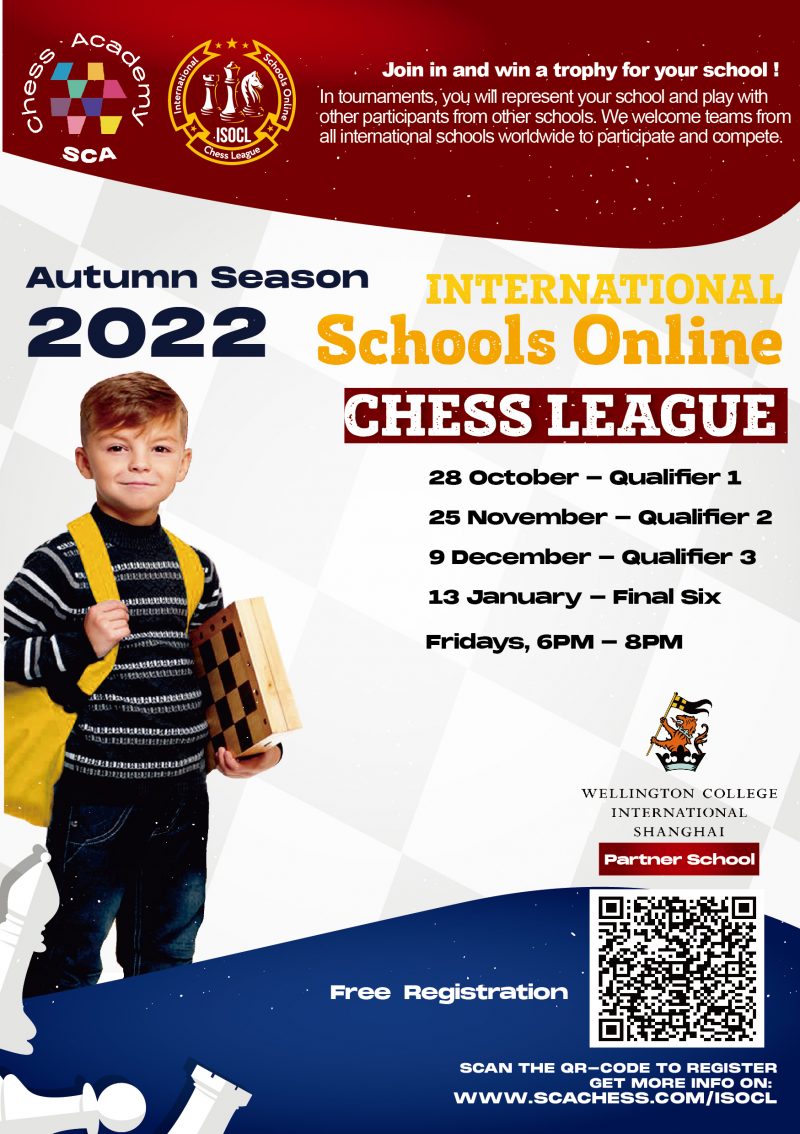 FORMAT
All the tournaments will be held online via the platform lichess.org on the dates and at the times listed above in the schedule section. There will be 3 Qualifiers and Final Six featuring the best six teams of the qualifying tournaments. Each tournament will last 2 hours.
Games will be played according to the FIDE Rules of Chess and the lichess arena format pairings, with all the participants playing in the same group. The number of games depends on the pace of playing and it will vary for each participant.
A win has a base score of 2 points, a draw 1 point, and a loss is worth no points. Arena streaks and Berserk features are not allowed.
The time control for each game is 7 minutes for all the moves, with 5 seconds increment per move for each of the two players. One game will last a maximum of around 20 minutes. At the beginning of the tournament, players are paired based on their rating.
As soon as you finish a game, return to the tournament lobby: you will then be paired with a player close to your ranking. This ensures minimum wait time, however you may not face all other players in the tournament.
Play fast and return to the lobby to play more games and win more points.
Each tournament is a team competition with team standings based on the individual performance of each player on the team. Points scored by top 4 players of each team are added up to a total team score.
In the event that two or more teams finish in a tournament with the same score, tie break score will be automatically determined by the lichess.org platform.
The organizer reserves the right to adjust the tournaments’ format based on the actual number of teams participating.

TEAMS
Each team will be formed from the top 4 players in the final standings of each tournament. Players must be currently enrolled students in 2022/23 academic year.
Schools are encouraged to nominate a captain for their team to facilitate participation and timely communication. The captain should be an adult delegate from the school or a parent of one of the students who is also the school’s contact person for ISOCL.
There is no minimum requirement for girls or boys on the team, but it’s recommended to make teams as balanced as possible.

Chess is the world’s number one thinking sport, played by millions of people every day. Although the exact origins of the game are still something of a mystery, what is known is that playing chess helps youngsters and adults alike to maintain healthy cognitive functioning. Playing chess is widely recognised for improving attention, focus, concentration, and memory, creative thinking and visualization capabilities, yet the benefits of chess run even deeper. Playing and studying chess also develops numerous positive character traits which benefit young learners throughout their lives, including perseverance, sportsmanship, good manners, respect, team spirit, not to mention learning to embrace failure as the route to future success.

Structured learning and competitive playing opportunities are needed to realize the maximum potential benefits. Kids must be able to practice what they learn. To realize that aim, SCA has organized many competitive chess tournaments in Shanghai since 2015, including the first International Schools Online Chess League. Now we’re pleased to announce the 2022-2023 International Schools Online League, and we welcome teams from all international schools worldwide to participate and compete.